Lexmark Looking Around the World for M&A. Isn't it Too Late?

During the company’s 27 July earnings conference call, Curlander was asked whether Lexmark plans to use its cash on hand for more deals or repurchasing stock. Curlander said acquisitions and related opportunities are “our first strategic use of cash.” The Perceptive deal which closed in June is “taking up a lot of our time in the current year,” he continued. Beyond completing that integration, he added, “Our thinking hasn’t changed, and clearly we’ll look around the world for strategic opportunities.”

CFO John Gamble said the Perceptive deal had a net cash impact of USD 267M, leaving Lexmark with about USD 1B in cash and marketable securities at the end of its latest quarter.

Lexmark makes a prime takeover candidate in the printing industry. Many of its bigger competitors including Xerox looked at Lexmark several times but the CEO was adamant about going alone. The company recently started leading with Managed Print Solutions (MPS) to convert fleet management deals to its technology. However, a services-led transformation for a firm of Lexmark size against Canon/HP/EDS, Xerox/ACS and RIcoh/IKON makes virtually impossible to survive in the industry. The CEO might regret that he had not sold the company during the consolidation wave at its peak.
http://www.akbaspost.com/
Posted by Hakan Akbas 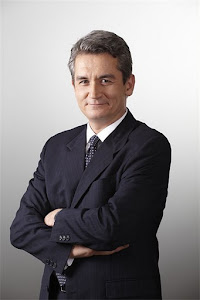